Netflix and Kill: Is Binge Watching the Death of Entrepreneurship? We surveyed 1680 Would-be entrepreneurs to find out how box sets are impacting new businesses. 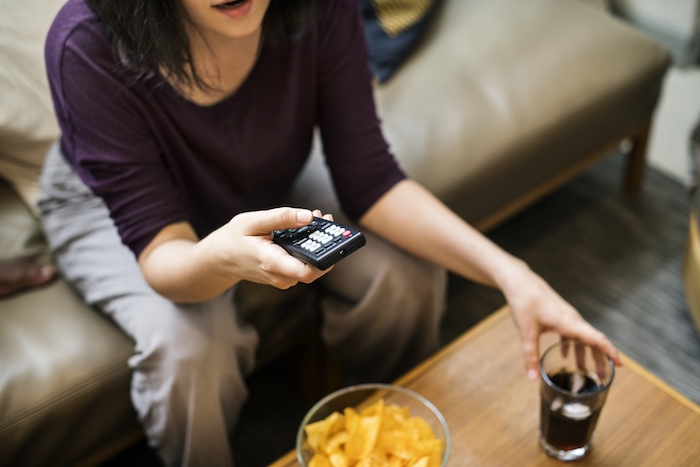 The new study by online accountancy introducer www.accountly.co.uk reveals that Entrepreneurs who waste time binge-watching TV are perhaps more “Netflix and Kill” when it comes to their startup ambitions and prospects of success.

Accountly.co.uk surveyed more than 1680 Entrepreneurs who have recently failed to launch a new business or are planning on launching one this year to understand what issues they currently face and how much they are willing to sacrifice to achieve business success. All respondents are currently in full-time employment.

The single biggest roadblock Entrepreneurs say they face right now is a “lack of time and money” to complete the necessary work to launch their businesses or side hustles. 51% of respondent’s to Accountly’s study cited lack of time, whilst 24% said they lack the money required to carry on to launch.

Those Entrepreneurs who responded to the study who had tried and failed to successfully launch a new business in the last year cited identical reasons with 62% saying they lacked time, 28% said lack of money and 10% said a “lack of confidence to push through” were the primary reasons their new ventures failed to even launch.

Mark Walker from Accountly.co.uk said: “there is one common theme running through all respondents to the Accountly study and that is; Time sat watching TV every evening. 58% of wannabee Entrepreneurs admitted to watching 2 to 3 hours of TV every single evening, it’s no wonder there is little time left to get a business off the ground and launched. It’s not rocket science. Stop binge watching garbage on TV and get productive. You can always set yourself productivity goals and reward yourself with a few episodes of Breaking Bad or Game of Thrones after you have actually achieved something!”

The data uncovered by Accountly on lost hours to TV for entrepreneurs make for some surprising productivity arithmetic. If we assume up to 3 hours per evening 7 days a week watching TV and a 7 hour “working day”, it seems respondents are willingly burning just over 5 months* per year of working time they could be spending on building a new business and better life for them and their families. Those are incredible numbers.

Mark Walker from Accountly added: “the old Chinese proverb of the best time to plant a tree was 20 years ago, the second best time is now, massively applies to Entrepreneurs looking to start a new business whilst holding down a day job. Box sets and TV series will still be available later but wasting up to five and a half months of potential productivity per year sat watching TV is, to put it bluntly, an act of self-harm in business terms.”

Accountly has also uncovered how far some people are willing to go to achieve business success:

19% of respondents said they are willing to get into personal debt to launch their new business whilst 55% said they are prepared to pull sickies from work and use holiday time to get their business launched.

48% of parent Entrepreneurs admit to being willing to prioritise their business launch ahead of their Children and 52% of respondents said the phrase “work-life balance” was incompatible with working full time, managing a family and trying to launch a side hustle business.

Mark Walker from www.accountly.co.uk also said: “Being prepared to push yourself to breakpoint and prioritise your business ambitions over the needs of your family is a one-way ticket to disaster. There seems to be a corrosive narrative within the Entrepreneurial influencer scene that portrays “maximum hustle” to be the key to business success. That mindset is not healthy, it cannot be sustained and ultimately leads to becoming a very unhappy person. Our study shows simple changes to time management could have enormous benefits for anyone brave enough to step up and start their own business.”